Welcome to episode 287 of The Outdoor Biz Podcast with Lowa General Manager Peter Sachs. Peter began his Lowa tenure after Werner Riethmann lured him away from Raichle. Peter has been with Lowa for over 25 years now. We talk about their many years of success, distribution efficiency and more . . .

Brought to you this month by Wolfgang Man & Beast, Collars, Harnesses, Leashes, and More. 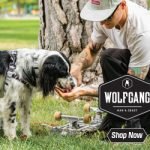 Peter’s Introduction to the Outdoors

I probably was introduced to like most kids. I was in Scouts and that taught me how to go camping. I rode a bike to get places when I was a kid and bombed around that way. And they learned how to ski by joining the middle school ski club, riding the bus one day after school, each week in the winter. And all of the normal ways that kids get exposed to the outdoors, or most kids anyway.

The gentleman in Germany, who is the CEO, Werner Riethmann had been the president of Raichle in Switzerland. And he left Raichle in 1993 and moved over to LOWA shortly thereafter. I used to run into Werner at trade shows, the early outdoor retailer shows in Reno and the SIA shows in Vegas. And he kept saying, hey, come work for me at LOWA. And he and I went back and forth for a couple of seasons and finally, in early 96, we found a path to make that happen.

What do you attribute their long-term or longevity?

Product is number one, two, and three. And I think they’ve just always stayed focused as a mountain group company. They’ve never tried to branch into backpacks or trekking poles or clothing or any other products that all of our customers sell. And we’ve had lots of opportunities, in the time that I’ve been with the company to either license the brand or, or distribute other products and so on.

But LOWA has always just stayed focused on boots for mountaineering and trekking and being outdoors. And I think that’s really the key to why the brand has succeeded. That focus. The other thing I think that’s always been really important is the brand is privately held. And so we look 2, 3, 4 years out all the time. We’re not always concerned with this month or this quarter’s sales performance. And that kind of perspective allows you to weather some highs and lows.

Your operational excellence really helps drive distribution efficiency, tell us about that.

It’s a German company, they’re organized. They cross their T’s, they dot their I’s, everything’s in a row or a column they’re organized. They’ve had to adapt to get a container. You’d call on a Monday and it’s there on a Thursday or something. And now we’re calling four or five weeks in advance for those. The shoe isn’t even built, but they know that the plan is to build X and each week and they know that they need containers and four or five weeks out and they’ve reacted accordingly. Sometimes those containers show up and sometimes they get delayed a couple of more days.

Here we’re pretty well dialed in. Everything in our warehouse is barcoded scanned and organized. We can’t afford in the United States to have warehouse guys running in circles, looking for products, when a container arrives, it gets put away relatively quickly, and then it gets picked, packed, and shipped to our customers again relatively quickly.

And you guys have done a lot of work to become energy independent. Tell us a little bit about that.

So again, with owning all of these manufacturing plants, we use a lot of energy for all the machinery that’s required. In Germany, they’ve put solar panels on all the roofs of the buildings. They put solar panels over the car parking lots. And so that is completely energy independent or at least 99%. We feed it back into the grid and then buy consistent and energy from the electric company. There are plans, and I honestly don’t know the current status because I haven’t been there now in almost two years, but there are plans to roll that out into the Italian and Slovakian facilities also. But at least for those facilities, now we buy only renewable energy. You go to your electric company, You say, I only want to buy solar, wind power generated energy. And we can do it here too in a lot of parts of the United States and they charge you a premium to guarantee that’s what you’re getting, but it’s one of those things that’s the right thing to do.

You guys have a really great resell program and it’s all done in Europe. Tell us about that.

So we used to have customers with our trekking boots, come to us and say, Hey, can I get these re-soled? And we referred them to some of the cobblers here in the United States that said they could re-sole boots. And then we started to get some complaints because the soles they were putting on were nowhere near the same kind of quality as to what the boot had originally. So the shock absorption was different, the flex was different and the weight was different and negatively different in all those regards.

So we went back to the Germans who I always knew had a repair facility at the factory with all the same machinery and factory-trained technicians. And we started sending boots back probably seven or eight years ago, and it was purely a word of exercise and you had to know the secret code. You know, customers would call us or send us an email and say, Hey, how do I get these re-soled? I discovered that in 2019, we’re sending back like 50 or 60 pairs a month. And so we put it on our website and now we’re almost double that number per month. We, re-soled about 16 or 17,000 pairs of shoes last year, I think our number was about 750.

But we put back on an original outsole, midsole rubber rand, or tow and heel bumpers where appropriate, repair any stitching or hooks on eyelets that have been damaged. We can patch holes in the heels. People have worn through the inside lining on the heel, then they put new footbeds, new shoelaces, and treat the outer leather and materials for waterproofing and rehydrate and reinvigorate the leather. And now we’re sending loads every month back to the factory. We send it by ups. Then they put the finished product back on a container to us. So it takes about three months typically. And that’s what it was taking to send your boots domestically to a local cobbler. And we do all that for $125. Customers love it because now they have a three or $400 that they just got a second life out of for a hundred and twenty-five bucks.

What outdoor activities do you participate in?

Do you have any suggestions or advice for folks that might want to get into the outdoor biz?

That’s actually really hard right now because there are not a lot of young people that stick with it. I think really it’s somebody who has the passion for outdoors. They have the passion for products, whether it’s clothing or footwear or hard goods, or whatever, pursue that passion. Don’t be afraid to take that entry-level job and take that crappy paycheck and stick with it.

Show you’ve got some glue on your feet, stay in that job, and stick with it. And I think that’s what it takes in today’s world. It is not easy for sure.

I think that as company and retailers I think we are equal in this, we have to find ways not to pay minimum wage, but to pay significantly more than that. And I think that when I read that the Targets and the Costcos and the Amazons are paying 15 bucks an hour. That it’s really bad if a specialty shop that’s selling really expensive gear and clothing and so on, if they can’t match that or better, it makes it tough.

My warehouse guys make significantly more than that, $15 an hour. We have very low turnover. They get a great paycheck. They get a nice healthcare program that the company pays 80% of, they get a matching 401k, paid vacations. And those are the kinds of things, whether you’re a warehouse guy in a company like ours, or you’re a shop kid and in a outdoor store or ski shop or something, You need to offer those kinds of things to your employees, and you need to be creative on how to do that and get creative about it. Cause it’s, I realize it’s tough. Everybody’s got their expenses and things that the employees keep the whole thing alive. That’s where the rubber meets the road and the better your employees feel about the job and the better the job they’re going to do.

What’s your favorite outdoor gear purchase under a hundred dollars?

I have a couple of things that I take with me almost all the time. I’ve always got a buff, and I’ve always got a good Day Pack that’s got a couple of different pockets. I’ve got a couple of different water bottles that I use for different things. I have a water bottle that if I fill it with ice and water, I know it’s going to stay cold all day. And I think it’s those accessories that really make and break a lot of the experiences, you know, and it’s also finding these things that just work for you. And all of those are less than a hundred bucks.