Corey Rich says that Long ago he learned the technical part of any job is 10 percent. Creativity, problem-solving, optimism, and surrounding yourself with intelligent, hardworking people is the remaining 90 percent. When you know how to be creative… 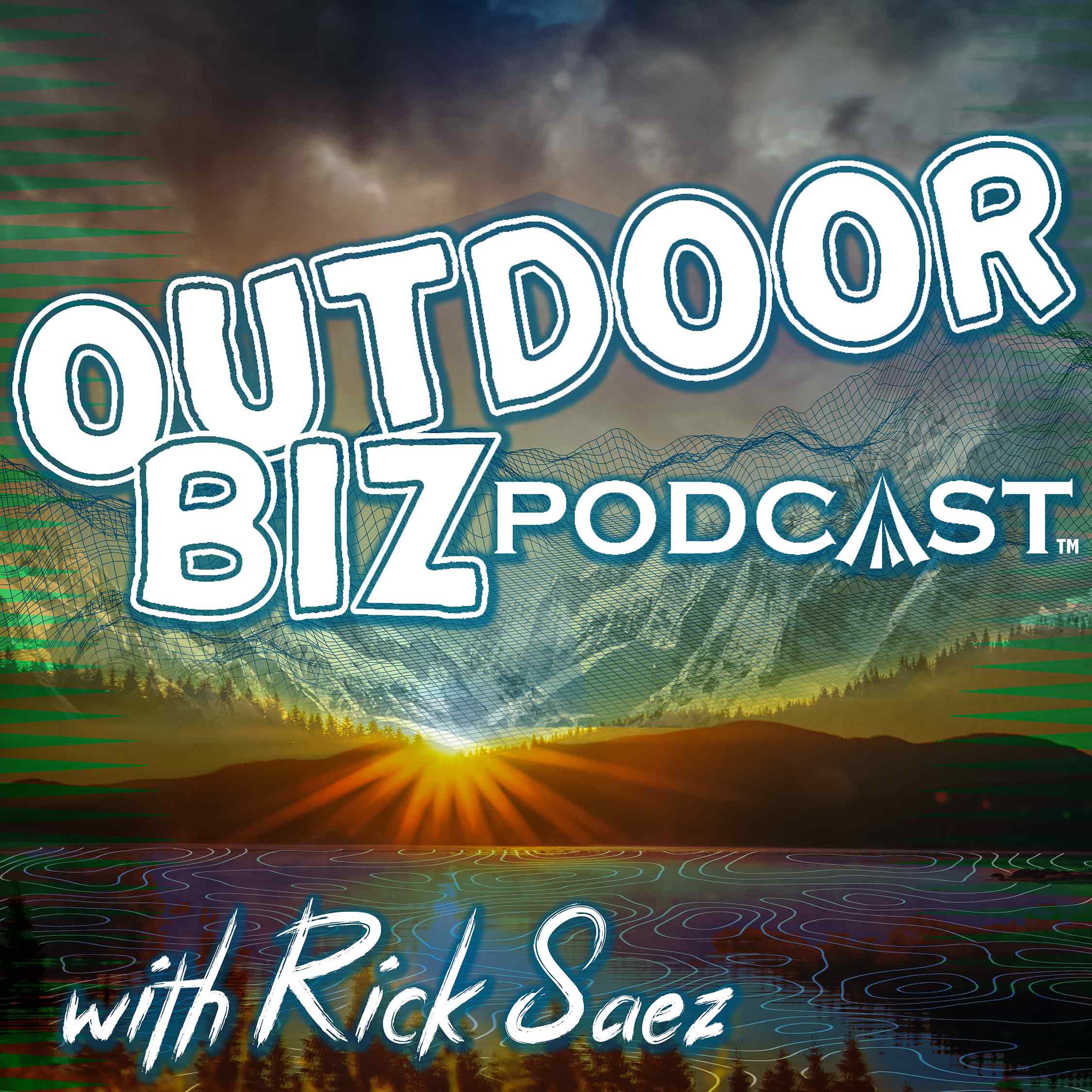 Corey Rich says that Long ago he learned the technical part of any job is 10 percent. Creativity, problem-solving, optimism, and surrounding yourself with intelligent, hardworking people is the remaining 90 percent. When you know how to be creative and assemble the right team, that’s when all great things come. We talk about how he grew his photo career into prolific creative photo and video offerings that grace much of the media we’ve been drooling over for the past 20 plus years.

Facebook Twitter Instagram   The Outdoor Biz Podcast   Please give us a rating and review HERE Show Notes How were you introduced to the Outdoors and Adventure Sports Storytelling and Photography?

I was a gymnast as a kid, grew up in the Mojave desert. I was ironically about my daughter’s age, seven years old in second grade, My second-grade teacher had an elite gymnast as a daughter and she thought it might be good for me to try gymnastics. I don’t know if I was ever hooked on gymnastics, to be honest. I think I just liked the challenge of it even early on, it was hard. And then it became a huge part of my life, gosh, probably for close to 10 years, maybe a little less than 10 years. I became a pretty competitive gymnast who competed at the state level.

So one day we had a pull-up contest in junior high school and I did 35 pull-ups and one of the school teachers took notice of me and invited me to go rock climbing. And that weekend, my brother and I went climbing. We went to the Needles of California, a little spot called Dome Rock. And that was it. I was hooked. I just loved every aspect of climbing, the mental, the physical, the cultural components, the drive up to the needles with two of my school teachers, Bob Porter and George Egbert and I was hooked.

Then the next weekend I’d borrowed my dad’s camera. Because I wanted to make better pictures, tell better stories of these weekend adventures. And I realized right away that my dad had a pretty nice camera, but my photos still suck. And I realized that it’s not about the camera, it’s about how you use it and how you think. So within a week, two passions were born. A passion for adventure, for climbing, and the passion for storytelling.

Where did the storytelling part come from? Do you have any storytellers in your family?

I think my dad was always this oral storyteller. He loved yucking it up, like shooting the shit with his buddies, in our kitchen or around a campfire. My dad was a scuba diver, big into back in the day when it was, a little more of the Wild West. Diving off the channel islands and you could actually bring home stuff to eat.

We had so much abalone, like hundreds of abalone shells in our backyard in buckets. He and his buddies every Friday after work, they would take off and they would get on a dive boat out of Ventura or Oxnard go out for two days. And they would come back with, wild tales of adventure and some food to eat. So I think I learned storytelling from him.

He always was a good storyteller. He would come home and tell some crazy tale of a kid blowing up and the sheriff coming to school and the parents having to get arrested, not always doom and gloom, but he could see the light. He understood the highlights of his day. He told even a better story of scuba diving, and so did his buddies.

Tell us about your first Adventure Sports Storytelling and Photography commercial shoot?

I started to shoot a ton of climbing. That was my passion. And it’s worth saying that I simultaneously was really trying to just become a better photographer. So I started this parallel pursuit. I started working at the local newspaper taking on assignments for the Antelope Valley Press. Then in college, I went to the Modesto Bee and got two internships back-to-back in the summers. So I was learning to tell stories, editorial storytelling for the newspaper.

Then I took a semester off from college and drove around the Western United States, photographing rock climbing. And sent some unsolicited submissions at the end of that semester, one to Climbing magazine and one to Patagonia, the clothing brand. Much to my surprise, both of them called me within a weekend. Those were really my first climbing photographs to get published. One was the cover of Climbing magazine. It was a photo of my super close friend. Rikki Ishoy climbing at the Buttermilks right above your house. The other photo, I don’t remember what it was, but it was a lifestyle photograph that published in the Patagonia catalog. That was really the first commercial paycheck I ever received. Those two first experiences really open the door.

I had the cover feature story and inside. And then Patagonia became my first real client because, commercial clients pay so much more, triple or quadruple what an editorial client pays. And Patagonia, I owe a lot to the climbing magazines and to Jane Sievert and Karen Bednorz with Patagonia at the time.

I started getting spec assignments where they would pay for my film and for the trip. Then they would license the pictures they wanted.  Then I think you’re right, as my name started appearing in magazines and in Patagonia catalogs, the phone just started ringing more frequently. That opened the door to ad agencies calling and other outdoor brands.

How did you get involved with Novus Select?

20 plus years ago, in the early part of my career, I was just a prolific shooter. I was shooting all the time for the magazines and for Patagonia. And I owned all of that work. And so a big chunk of my income was relicensing that the images that I had shot. I might shoot for Patagonia or, for some brand. Then two years later I would be licensing those images again and again. This was the tail end of the heyday of stock photography. I missed the true heyday that was 20 years earlier, in the nineties. But a big chunk of my income was stock photography. At that point, my office was downstairs at my house in South Lake Tahoe. I had two staff members and one of them was dedicated entirely to licensing the stock photography business for us.

At one point a photographer and entrepreneur in the space, Jose Azel reached out to me or sent an email, I think he sent it to half a dozen photographers. And he said he owned a company called Aurora Photos, which had a very high-end stock photo agency. It was founded by a few national geographic photographers. Jose sent this email to a few of us and he asked Would you ever be interested in a brand that focused on outdoor adventure photography?

I was hit up for ideas like this all the time so I responded while flying back to Reno and I wrote a real simple response. I didn’t know Jose personally, but I said, “yeah, I’d be interested, but I’d have to have some equity in the company“.

I landed in Reno, and I sent a hundred emails that I’d written while I was on the plane. By the time I’d walked out to my car, my cell phone was ringing and it was Jose on the other line. We had this long conversation about, what an ideal outdoor adventures stock agency would look like. Then we did an experiment and a few of us we all kicked in some money and committed some of our photography to create a collection. That was Dan and Janine Patitucci, Brian Bailey, Scott Markewitz, and Greg von Doersten. We all were the founding members. So we all did this together and it was an experiment. Some guys learned it was for them, some guys learned it wasn’t for them.

Over time I was the last man standing, it was the right fit for me. It evolved over time into Jose and I being partners in Aurora photos. Then we created an assignment agency that was run out of New York City. That was originally called Aurora Novus. Meanwhile, the economy changed and we watched the ups and downs in our industry and the evolution of our industry. Eventually, it evolved into what it is today, which is Jose is no longer in the business, and Aurora photos sold off the stock photography agency side. Novus Select, which is the assignment and production company side is owned by four partners, that’s Wyn Ruji, Lincoln Else, and Andy Mead. We have 13 full-time employees, we have an office and our office address, I love saying this we’re at One One One One Ski Run Boulevard.

Do you have any suggestions or advice for folks wanting to get into Adventure Sports Storytelling and Photography?

Yeah, it just struck me recently that I think so often we look at the past what worked, what are the lessons that we can learn from the past, and how does the industry work? Of course, you should do that. You should look at what makes a great Adventure Sports Storytelling and Photographer, understand the craft. And understand what works from a business perspective, but never feel confined by what worked in the past.

Then I think we’re truly living in the golden age of storytelling. It’s right now. You’re no longer beholden to a publisher, that you’re begging to publish your photographs. You are the publisher, you own your channel or 20 channels. Whether it’s podcasts, photography, books, just do your thing.

So I don’t have the answers, but I definitely recognize that this is an incredible moment in time from a business standpoint and from an Adventure Sports Storytelling and Photography selling standpoint the power has never been more in the hands of the content creator.

Put your money and time into the things that you believe in.